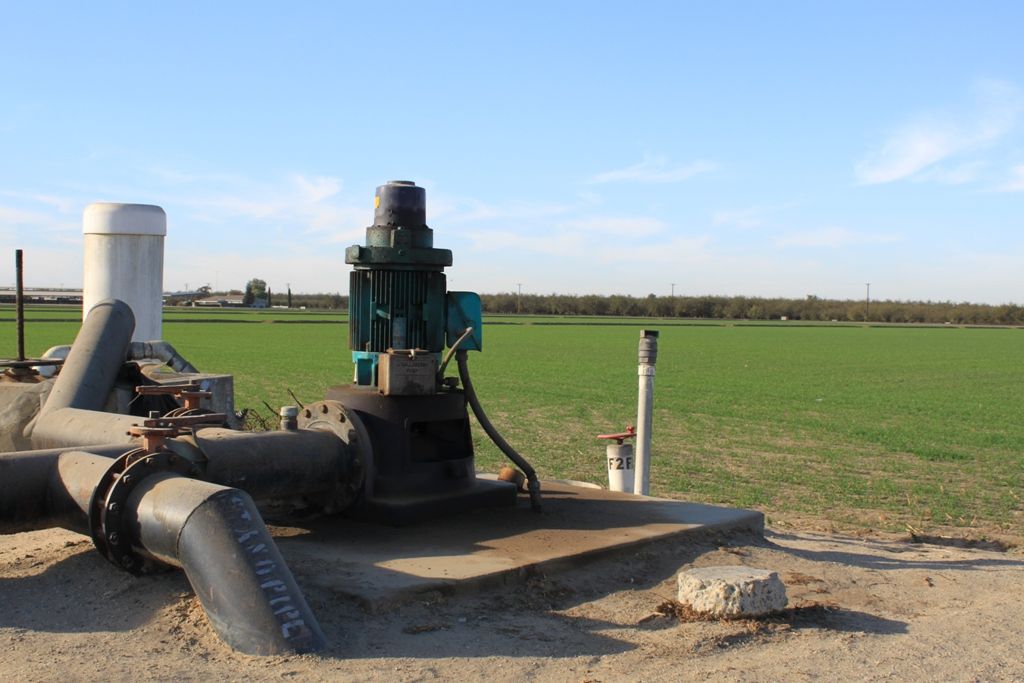 In her own words: USGS hydrologist discusses subsidence in the Central Valley

Since she was so very well-spoken, and in keeping with the Notebook tradition of letting people speak for themselves, I will let her tell you about the study that she led in her own words.  (Note: I’m not going to italicize.  These are all her own words, except in a few obvious places.)

“The report that is being released today is a culmination of multi-year collaboration with the Bureau of Reclamation and the San Luis Delta Mendota Water Authority.  The study focused on subsidence along the Delta Mendota Canal, and we have some results that were surprising and some that were not as surprising.”

“The problem with land subsidence, especially in the Central Valley, is that there are a lot of water conveyances that either deliver water or transport floodwater out of the area, and subsidence damages that.  Many of these canals are built on very small gradients and so if a gradient changes in a location because of subsidence and lowering of the land surface, that can reduce flow capacity, and it can reduce freeboard.  Freeboard is essentially the distance between the water surface in a canal and things that cross it, such as bridges.”

“There’s a long history of subsidence in the Central Valley and many of you are probably familiar with this photo of Joe Poland that was taken in 1977 where he’s using a telephone pole to illustrate the nearly 30 feet of subsidence that occurred at this particular location, which is southwest of Mendota between 1925 and 1977.  This historical subsidence was largely arrested when the Delta Mendota Canal and the California Aqueduct were built, because the subsidence was caused by extensive groundwater pumping; when water was beginning to be delivered through the Delta Mendota Canal in the 50s, and especially the California Aqueduct in the 70s, the farmers didn’t need to pump as much.”

“This has been the case since these canals have been online except for during periods when less water flows down the canal.  That can be during climatic droughts like 1976-77 and 1987-92, or the combination of climatic and regulatory drought as occurred more recently between 2007-2010.  Now the climatic drought was largely stopped by the fairly wet winter of 2009-10 but because our reservoirs were depleted, more water had to be held back to fill up those surface reservoirs for future water supplies.”

“The major problem with subsidence in the Central Valley has been impacts to infrastructure.  This map shows the recently impacted area that includes the Delta Mendota Canal and nearly all of the Eastside Bypass, the most important flood control channel east of the San Joaquin River; it includes the San Joaquin River, and it also touches the California Aqueduct.  There are also many other canals that are through this area that are local canals run by local agencies.”

“There is other infrastructure that can be damaged by subsidence – really any infrastructure that extends a long distance, such as roads, railways, bridges, pipelines, things like that, because the subsidence is differential; it’s not happening the same everywhere.  If the whole valley was subsiding at the same rate or in the same way, then there wouldn’t be any change in the gradients, pipelines wouldn’t have to bend around these subsiding areas.”

“Our focus of the study was along the Delta Mendota Canal.  This image is called an interferogram which is a satellite-based radar method that we used to measure changes in land surface elevation.  What we’ve found was that the northern portions of the Delta Mendota Canal were fairly stable or minimally subsiding on an annual basis.  That subsidence is largely recoverable, meaning if water levels come back up, then the land surface also will come back up.  However, it is along the southern portion, starting where it comes into the valley and away from the coast ranges that has been impacted by a very large subsidence bowl that is not centered on the Delta Mendota Canal, but about ten miles to the northeast, south of a town called El Nido.”

“So in the Delta Mendota Canal, at the edge of the subsidence bowl, rates were about ½” per year or so.  But in the middle of the bowl, it was about a foot a year, so again our focus was on the Delta Mendota Canal and with the data that we processed to conduct the study, we could see the edges of it.  It wasn’t really until we got calls from the California Department of Water Resources, the Bureau of Reclamation about surveys they were conducting in the area near El Nido that they wanted us to look at.  Now while our area of focus was not there, we could see the edges, and so we did a little bit of extra work as part of the study to determine what was going on that was affecting the Delta Mendota Canal. … ”

“We processed another interferogram and this is what we found.  We found about 1200 square miles affected by one inch with a local maximum of about 21 inches that is located between the Eastside Bypass and the San Joaquin River and is affecting construction projects and flows in both of these canals.  [In the subsidence bowl,] there’s a large area affected by 1”, and smaller area affected by about 21”.  This subsidence is permanent meaning if water levels come back up, the subsidence will not be recovered, the land will stay subsided. … ”

“[There is] a very large deep depression along the Eastside Bypass so now when flood waters are being removed, the waters will have to fill up this area before moving downstream and it will increase the potential for flooding here.”

“We are continuing work with the Bureau of Reclamation in an effort to try and continue monitoring land subsidence.  They have funded us in a five-year agreement to monitor land subsidence and groundwater levels at four locations.  One is along the Delta Mendota Canal and three are south of that near the California Aqueduct, so we will be continuing this relationship.”

Is there legislation to address this?

“We have very little legislation in California related to groundwater withdrawal limits or anything like that.  It’s more done at a local level.”

What did you find surprising … was it the 1200 square mile radius of this subsidence?

“Yes, that was one surprise, and also that the subsidence was in a new area.  It’s not that there wasn’t some subsidence that Joe Poland reported on back in the 60s and 70s, but it was a much lower rate, and so we were not expecting to necessarily find that the maximum rate of subsidence is now in this different location then historical.  In science, we often rely on the past to make hypotheses about the future, and this was one case where the subsidence was in a new location that we were not necessarily expecting, and yes, we were surprised at the amount of land being affected by that subsidence.  It’s a very large subsidence bowl.  We were also surprised the high rate of subsidence.  About 11 inches a year – nearly a foot a year – is among the fastest rates ever measured in the San Joaquin Valley, so this is similar to some of the rates that were measured in the 50s and 60s before the California Aqueduct became an available water resource.”

What is the solution – and the importance of monitoring

“The solution is to stop lowering groundwater levels, but that’s not an easy thing to do.  It’s really more of a question of managing the problem, of measuring the subsidence, of measuring the groundwater level changes, and providing that information to engineers so that they can work with it.  If we don’t have the measurements, if we don’t have the data, then engineers don’t know what they are up against.

“Subsidence is an interesting problem.  It’s very individual to an area, but the process is still the same.  When you have lowering ground levels and you lower them beyond levels they have ever been before, clay minerals change their behavior.  They flatten out, and subsidence occurs.  But the nature of the clay – how much clay there is in the subsurface and the thicknesses of the clay – and the historical hydrologic regime, meaning where have groundwater levels been compared to where they are now, are all very individual problems.  The processes are the same, the math is the same, but the geology is different, the current stress is different (stress meaning change in groundwater levels), and the historical stress is different in all of these areas.”

“The system in the Central Valley, and many others around the west, are called alluvial aquifer systems.  They are composed of unconsolidated or semi-consolidated sand, gravel and clay, and silt.  Clay is different than sand because clay is a plating mineral, meaning it’s like a plate like you eat dinner from.  And when clay is laid down, when it is deposited into a valley, these plates are deposited in random orientations, so you have plates in all different orientations and all this is now filled with water.  From the surrounding mountains, it fills up these alluvial basins and fills them with groundwater.  When we start lowering the groundwater levels, then because the clay is a plating mineral, when it gets to these levels that have never been seen before, so historic lows, these plates rearrange themselves to be more like a stack of plates that you would put in your cupboard.  And the result of that is a loss of volume, so there’s less space between the plates, and there’s also less future storage space for groundwater, so it has the effect of not only lowering the land surface, but it also reduces the future capacity that the aquifer system can hold.”