Happy Fourth of July!  Of course, Maven publishes on holidays … did those of you who have been following me for years expect anything less? 🙂  It’s a spectacular celebratory explosion of science news in today’s edition, so let’s get to it:

The River News-Herald covers the Ecological Flows Tool (EFT) Brown Bag Seminar:  “On Monday June 17, this month’s installment featured a presentation regarding a water monitoring system known as the Ecologic Flows Tool (EFT), which provides scientist with data pertaining to the effects of water, flows on many water-reliant species as well as the habitat in which they dwell. The calling card of the EFT approach is the “integration and clear communication of multiple ecological associated with different water operation alternatives.” … ”  More from the River News Herald here:  EFT: Water flows and their effect on habitat

NASA and DWR monitoring Delta levees from the sky: Over a three year period, the project demonstrated that the airborne radar system is capable of accurately detecting movement and seepage in the levees:  ” …The aerial system uses radar interferometry to measure surface deformation at a very small scale. The instrument, called the Uninhabited Aerial Vehicle Synthetic Aperture Radar (UAVSAR), is housed in a pod flown on a NASA G-3 aircraft, which flies in a tightly controlled pattern over the levees. For each mission during the project, the plane scanned the levees from 3-4 directions. The resulting data was analyzed with an algorithm that identified areas where changes in the ground level indicated possible movement or seepage. Investigators on the ground then verified the findings of the remote sensors. To refine the algorithms, researchers used data collected on the summer solstice, when the tidal effects are at their most significant and seepage is most likely to occur. … ”  Read more from the California Council on Science and Technology here: JPL Partners with DWR to Scan Levees from the Sky

Gold mining and the Yuba River: Gold mining during the gold rush impacted many of the state’s rivers, perhaps nowhere as evident as on the Yuba River where 9,000 acres were inundated with sediment from hydraulic mining.  ” … In the gold fields on the lower Yuba River, an estimated 331 million cubic yards of sediment was deposited. This massive volume of material, ranging in depth from 16 to 82 feet, overwhelmed the river’s capacity to transport the sediment, which caused the river to braid into many different river channels. Beginning in 1906, the gold fields were dredged to mine the remaining gold, with as many as 12 dredges operating at once. … ”  Read more from Fishbio here:  Fields of gold

The Bay versus boats, back to the future for habitat goals, and Everglades restoration are just some of the stories in the San Francisco Estuary Partnership’s June edition of Estuary News here:  June Estuary News

Loss of biodiversity a major driver of ecosystem functioning, study finds:  Researchers at UC Santa Barbara’s Bren School of Environmental Science & Management say this loss of biodiversity has more profound impacts then ever imagined: ” …  Human-driven environmental disturbances, such as increasing levels of reactive nitrogen and carbon dioxide (CO2), have multiple effects, including changes in biodiversity, species composition, and ecosystem functioning. Pieces of this puzzle have been widely examined but this new study puts it all together by examining multiple elements. The results were published July 1 in the Proceedings of the National Academy of Sciences. … ”  Red more from PhysOrg here:  Study reports on declines in ecosystem productivity fueled by nitrogen-induced species loss

How will climate change affect El Niños?  The sometimes-destructive phenomena can impact millions of people, but how will climate change impact El Niños is hard to predict because it varies naturally over decades and centuries.  But that could soon change:   ” … Help is now underway in the form of a tree-ring record reflecting ENSO activity over the past seven centuries. Tree-rings have been shown to be very good proxies for temperature and rainfall measurements. An international team of scientists spearheaded by Jinbao Li and Shang-Ping Xie, while working at the International Pacific Research Center, University of Hawaii at Manoa, has compiled 2,222 tree-ring chronologies of the past seven centuries from both the tropics and mid-latitudes in both hemispheres. … ”  Read more here from Science Daily:  El Nino Unusually Active in the Late 20th Century: Is It Because of Global Warming?

Wholly H2o has an update on the State of California 2013 Plumbing code, as well as examples on how other states are using graywater here:  Graywater Residential. Multi-Residential and Commercial CA State Plumbing Code 2013 Update

Reports your Congressional leaders are reading from the Congressional Research Service:   Drought in the United States:  Causes and Issues for Congress, and Federal Pollution Control Laws: How Are They Enforced?

Southern California faces a dry future:  No surprise there, I suppose, but USC researchers have completed a new study, drilling into the sediments of Lake Elsinore to put it in perspective: ” … Kirby and his student team extracted sediment cores dating back 33,000 years. “This core represents the highest resolution, deglacial record — 19,000 to 9,000 years — from Southern California,” he said.  The authors used a variety of sediment-based analyses, such as hydrogen isotopes from leaf waxes and the size of the sediment particles, to determine past water availability.  … ”  Read more from the University of Southern California here:  Researchers Predict Southern California to Face Ongoing Freshwater Challenges

These websites are worth a closer look:

Video uses music to communicate climate change: This video is worth a look (hat tip to Alex Brietler’s blog):  “Climate scientists have a standard toolbox to communicate their data; what we’re trying to do is to add another tool to that tool box, another way to communicate these ideas to the people who might get more out of this than maps, graphs, and numbers.”

A Song of Our Warming Planet from Ensia on Vimeo. 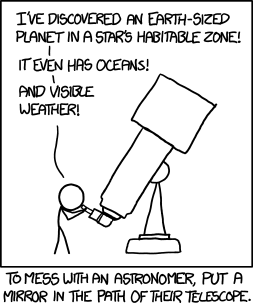 May you have a safe and enjoyable holiday!