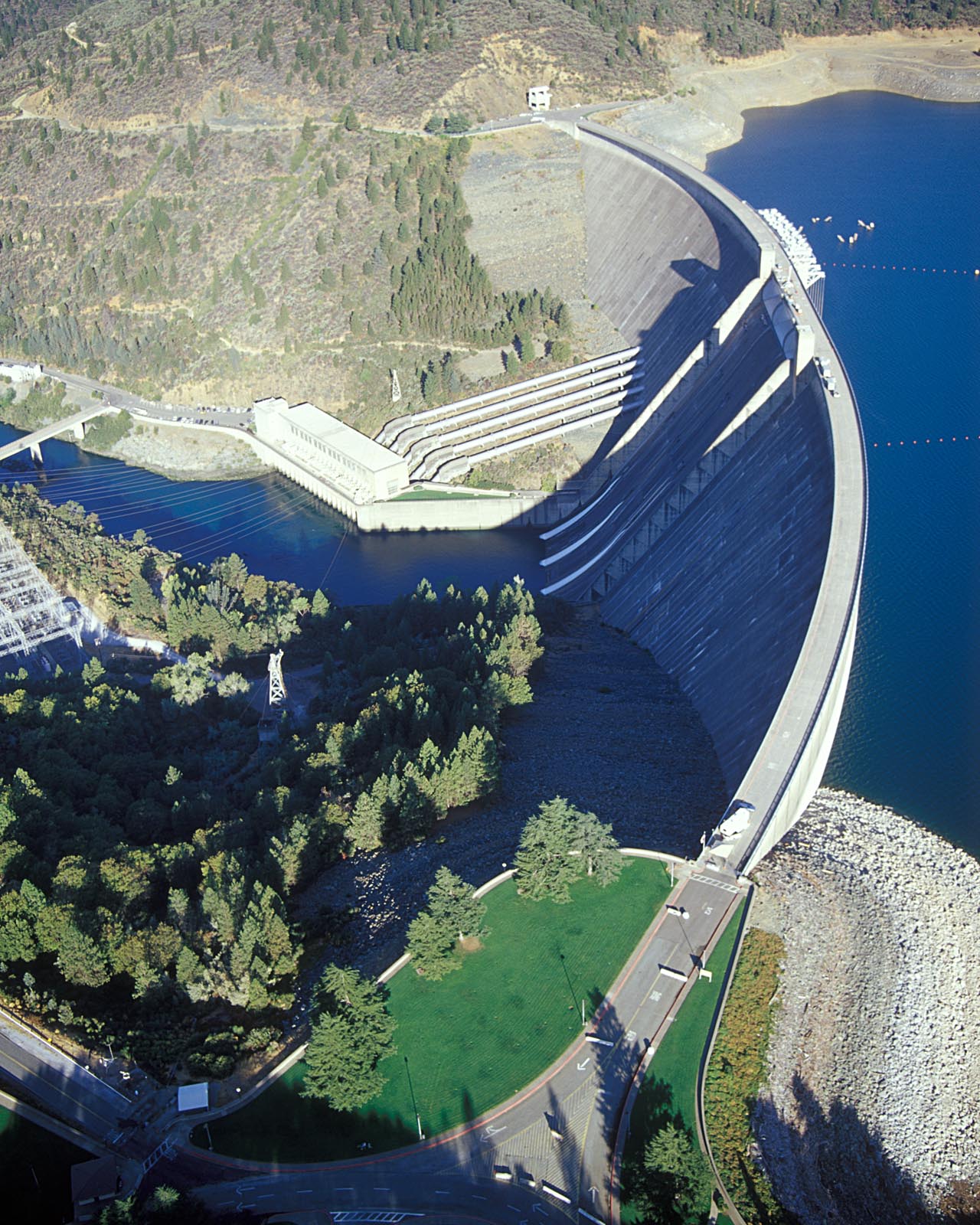 The Bureau of Reclamation has released the Draft Environmental Impact Statement for raising Shasta Dam, opening up a 90-day public comment and review period.  The draft EIR evaluates five different alternatives that would raise the dam from 6.5 feet to 18.5 feet, enlarging the reservoir by 256,000 to 634,000 acre-feet.  A  no-action alternative is analyzed as well.

Reclamation says the project, formally called the Shasta Lake Water Resources Investigation, would improve the operational flexibility of the Delta watershed and increase the survival of salmon and other fish species in the Sacramento River by increasing the amount of cold water available to be released to improve downstream temperature conditions for fish during critical periods.  The project would also increase water supply and water supply reliability for CVP contractors, particularly in dry years.  There would be other benefits as well, including reducing flood damage, providing additional hydropower supplies, and improving water quality in the Sacramento River and the Delta.

Project impacts include inundation of places of Native American cultural significance, take and loss of habitat for numerous special-status species at Shasta Lake and vicinity, and cumulative effects on south Delta water levels, X2 position, and Delta outflow.  The project would also affect the McCloud River’s eligibility for listing as a federal Wild & Scenic River.

In February of 2012, the Bureau of Reclamation released a Draft Feasibility Study that determined the project was both technically and environmentally feasible, as well as economically justified; the study determined that raising the dam 18.5 feet would cost just over $1 billion dollars and would produce from $18 to $63 million in net economic benefits per year.

The project is just in its beginning stages; the Draft Feasibility Report, the Draft Environmental Impact Statement, and the public comments received on both documents will be used to determine next steps.  If the project is approved, it could be completed by 2021.

The 90-day formal comment period opens on July 1st.  Public workshops are scheduled in July in Redding, Sacramento, and Los Banos to discuss the documents and the upcoming public comment process.  Public hearings are being planned for September to receive formal comments.  For information on the upcoming workshops and how to submit written comments, click here.

From the Draft EIR:

From the Feasibility Study: